Introducing the NEW Lux LHR15ES kit from RUPES. This kit contains a range of RUPES new polishing compounds from the D-A & UNO Protect ranges, a collection of different pads and all the accessories you’ll need at an incredible price. So what’s included?

The 15 mm orbit and the RUPES 125 mm backing pad make the random orbital polisher particularly suitable for curved surfaces. The 15mm orbit of the LHR 15ES, shorter than that of its big brother the LHR 21ES, is coupled with a higher rpm level than that of the LHR 21ES. This higher speed gives the LHR 15ES equivalent cutting power to the LHR 21ES, in spite of the smaller orbit. Its 130/150 mm BigFoot polishing foam pads, perfect balance and vibration-free operation make the LHR 15ES a real gem and a must for the tool kit of every detailer.

ANTISPINNING SHROUD
The dual function antispinning shroud is designed to protect the operator against the moving parts and act as a clutch for the backing pad, preventing further stress on the foam polishing pad when it is not in direct contact with the surface. 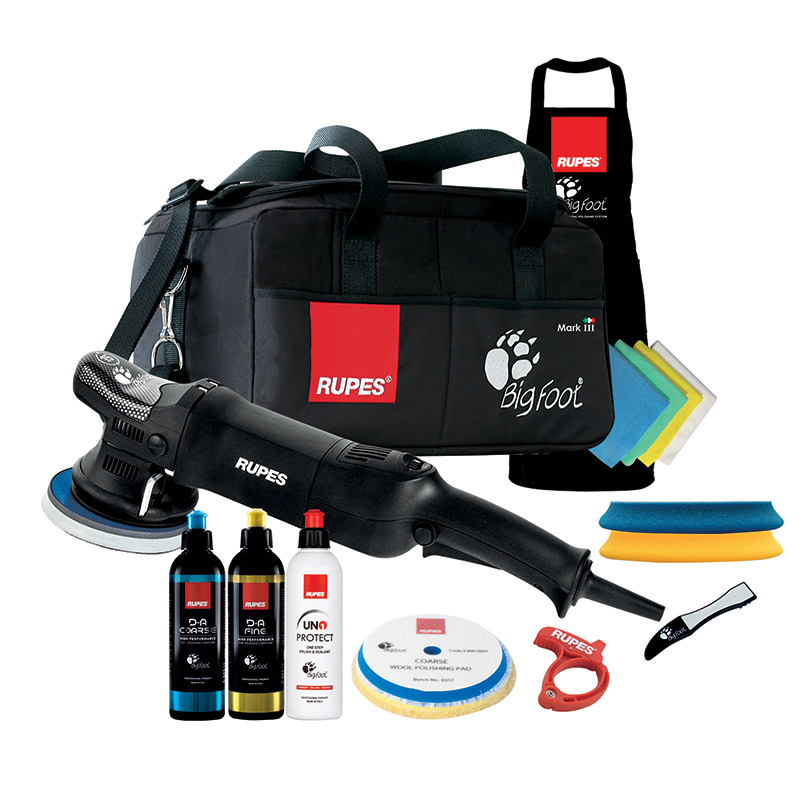 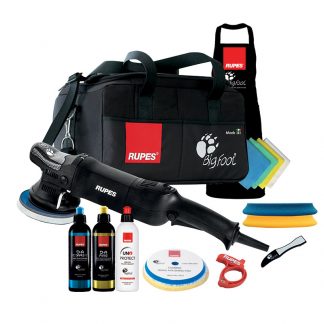