LHR15ES RUPES Bigfoot Polisher was designed specifically with the detailing mind. The very generous 15mm throw on the BigFoot allows the user to work a larger area, cutting working times, whilst maintaining the flexibility to work around the contours of the vehicle. Featuring a lightweight low profile body with a ergonomically shaped head that is supremely comfortable to grip, and speed controls that are all within easy reach of the main control handle.

The Ø15 mm orbit and the RUPES Ø125 mm backing pad make the random orbital polisher particularly suitable for curved surfaces. The 15mm orbit of the LHR 15ES, shorter than that of its big brother the LHR 21ES, is coupled with a higher rpm level than that of the LHR 21ES. This higher speed gives the LHR 15ES equivalent cutting power to the LHR 21ES, in spite of the smaller orbit. Its Ø130/150 mm BigFoot polishing foam pads, perfect balance and vibration-free operation make the LHR 15ES a real gem and a must for the tool kit of every detailer.

ON-OFF SWITCH LOCK
Pressing the button on the LEFT-hand side of the hand grip while polishing locks the on-off switch. This allows the operator to move his/her hands freely to different gripping positions while the tool is operating.

DESIGN
The attention to detail is not limited to just the innovative and attractive design. The modern lines and exceptional technical quality are combined with a number of details that are the result of meticulous research aimed at achieving maximum operator comfort 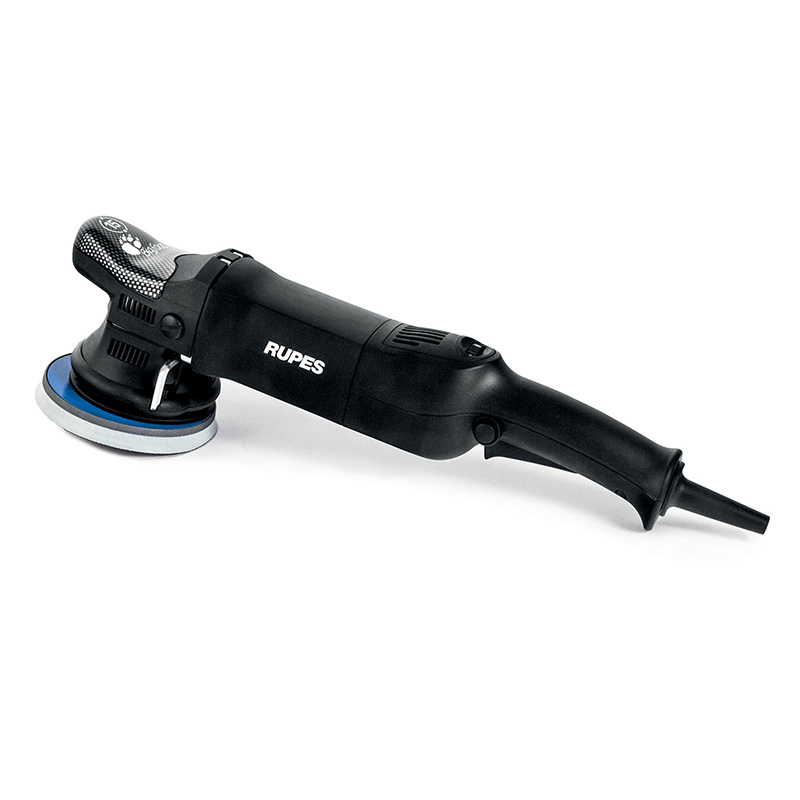 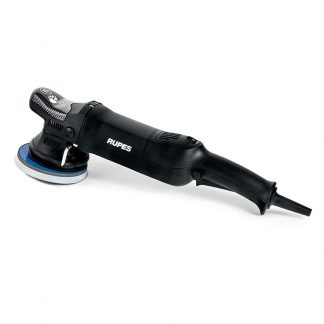