LHR15III RUPES Bigfoot Polisher is built to handle any detailing situation, the new LHR 15 Mark III is the new frontier of detailing. The ergonomic design allows for precise paint correction with complete comfort, in curved surfaces and difficult to reach areas. The LHR 15 Mark III operates at a higher rpm compared to the LHR21 Mark III. This increased speed provides equivalent correction and does so with a pad diameter and orbit that are more conducive to curved or varied surfaces.

Choose Tool Only / Basic Kit / Lux Kit to see what is included:

Built to handle any detailing situation, the new LHR 15 MarkIII is the new frontier of detailing. The ergonomic design allows for precise paint correction with complete comfort, in curved surfaces and difficult to reach areas. The LHR 15 MarkIII operates at a higher rpm compared to the LHR21 MarkIII. This increased speed provides equivalent correction and does so with a pad diameter and orbit that are more conducive to curved or varied surfaces.

ELECTRONIC SPEED CONTROL DIAL
The new electronic speed control dial allows for easy adjustment of the top speed of the polisher without requiring the operator to move his hands. The larger dial is easily adjusted with a move of the thumb. High visibility numbers and a more positive feedback from the movement of the dial make speed changes feel more deliberate, allowing operators to select the ideal speed for the task without any interruption to the polishing process.

9 METERS ELECTRICAL CORD
The new heavy duty extra long 9mt cord is gauged to deliver maximum power to the polisher for safe, efficient operation. The longer cord save you time, steps and hassles since the user doesn’t have to use additional extension cords when polishing around a car.

DESIGN
Attention to detail is something more than just attractive design. Every detail, such as the rubber support positioned on the body of the machine to keep it stable during the non-working stages, is the result of meticulous research aimed at achieving maximum operator comfort 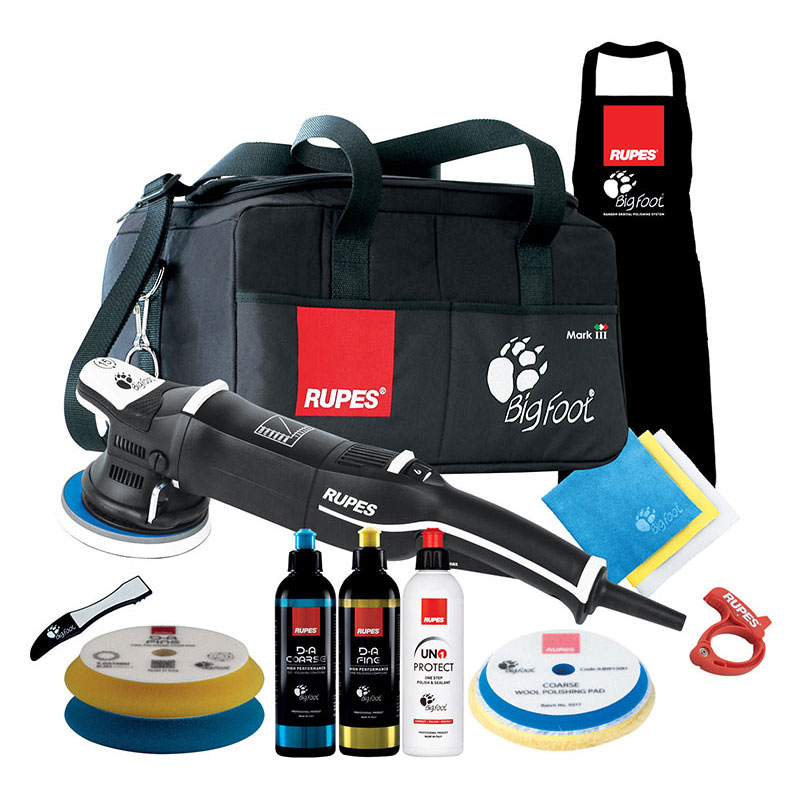 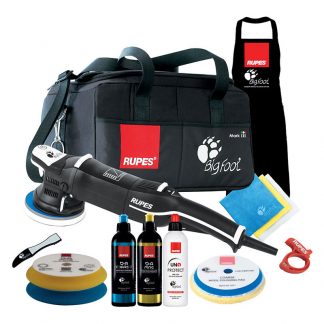