LK900E RUPES Bigfoot Mille Polisher
Joining the BIGFOOT family of tools to bridge the gap between rotary and free spinning orbital polishers the Mille provides a balance of power, ergonomics, and capability for operators who crave a gear driven solution.

Featuring a wide assortment of new, innovative features as well as a revolutionary clockwise rotational movement the BIGFOOT Mille delivers powerful defect removal, versatility, and consistent performance in an ergonomic package designed with operator comfort and efficiency of work in mind.

LK900E RUPES Bigfoot Mille Polisher
GEAR DRIVEN
: the backing plate follows an orbit (the scope of which depends on the distance between the rotation axis of the drive shaft and the central axis of the rotor disc) and is at the same time constrained to rotate about its own central axis (typically due to the inclusion of a gearing). The number of orbits at each revolution of the disc is always constant and depends on the parameters of
the gearing used. The gear movement is more aggressive on surfaces with respect to the random orbital movement and generates a generally higher vibration level.

ELECTRONIC SPEED CONTROL DIAL
An all new variable speed dial provides the ability to adjust speeds for specific applications. The dial features larger numbers, a click sensation to indicate speed changes, and is positioned for effortless adjustment during the polishing process.

PROGRESSIVE TRIGGER
Adding an additional level of control, the Mille includes a progressive trigger. This new trigger design acts as a throttle allowing the operator to control speeds within the dial range to deliver the exact desired speed and to adjust quickly as needed.

DOUBLE RUBBER SUPPORT
Every aspect of the Mille has been considered in the design, even when the tool is not being used. Two rubber supports are positioned on the body of the machine to keep it stable when resting on a table or cart. 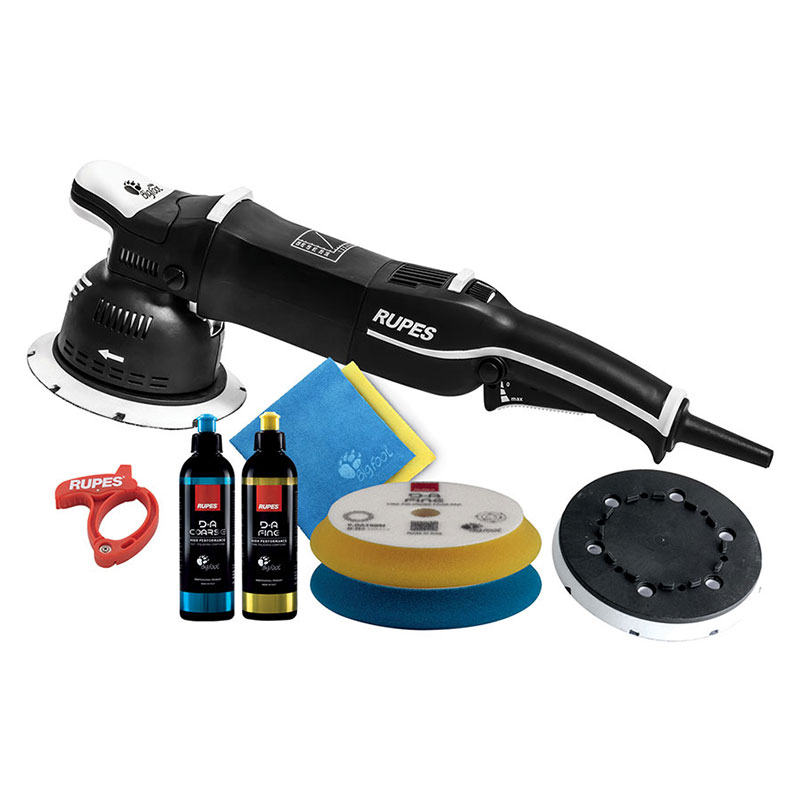 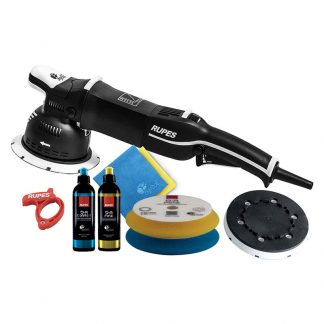